Curiosity discovered this rock, smaller than a penny, which resembles a flower or piece of coral inside Gale Crater on February 24. The little bits in this image were created billions of years ago when water-borne minerals cemented the rocks.

This perspective of the hemisphere in Valles Marineris, from July 9, 2013, is actually a mosaic of 102 Viking Orbiter images. In the center is the Valles Marineris valley system, which is more than 2000 km long and up to 8 km deep.

This 2016 selfie shows the Curiosity Mars rover installed at the Quela drilling site in the Murray Buttes region at the bottom of Mount Sharp.

This image of a preserved river channel on Mars was taken by an orbiting satellite, with color overlays to show different altitudes. Blue is low and yellow is high.

The European Space Agency’s Mars Express mission captured this 2018 image of the Korolev crater, which is more than 50 miles wide and filled with water ice, near the North Pole.

The Mars Reconnaissance Orbiter used its HiRISE camera to get this view of an area of ​​unusual texture on the south floor of Gale Crater.

The cooled lava helped preserve the imprint of where the dunes moved across the southeastern region on Mars. But it also appears to be a “Star Trek” icon.

Although Mars is not as geologically active as Earth, its surface features have been heavily shaped by winds. Wind-carved features like these, called yardangs, are common on the Red Planet. On the sand, the wind forms small ripples and dunes. In the thin atmosphere of Mars, light is not scattered much, so the shadows cast by the yard are sharp and dark.

These small, hemite-rich concretes lie near the Fram Crater, which NASA’s Opportunity spacecraft visited in April 2004. The area shown is 1.2 inches wide. The view comes from the microscopy imaging device on Opportunity’s robotic arm, with color information added from the rover’s panoramic camera. These minerals indicate that Mars had a watery past.

This image shows the seasonal flows in Valles Marineris on Mars, called the Recurrent Slope Line, or RSL. These Martian landslides appear on the slopes during the spring and summer.

Mars is known to have dust storms surrounding the planet. These 2001 images from NASA’s Mars Global Surveyor orbiter show a dramatic change in the planet’s appearance as fog from dust storm activity spread to the global south.

This composite image, looking at the higher regions of Mount Sharp, was captured in September 2015 by NASA’s Curiosity rover. In the foreground is a long ridge teeming with hematite. Behind it is an undulating plain rich in clay minerals. And then there are many round hills, all high in sulfate minerals. Changing minerals in these layers indicate a changing environment on early Mars, although all of them involved exposure to water billions of years ago.

InSight’s seismometer recorded a “quake swamp” for the first time in April 2019.

From its position high on a hill, Opportunity recorded this 2016 image of the Martian dust devil winding across the valley below. The view looks at rover trails leading up the north-facing slope of the Knudsen Mountain Range, which forms part of the southern edge of Marathon Valley.

Indigo Patera is a region on Mars where dunes and ripples move quickly. HiRISE, aboard the Mars Reconnaissance Orbiter, continues to monitor this region every two months to see changes on seasonal and annual timescales.

NASA’s Curiosity rover captured the highest resolution panorama of the Martian surface in late 2019. This includes more than 1,000 images and 1.8 billion pixels.

This image, which collects data from two instruments aboard NASA’s Mars Global Surveyor, depicts an orbital view of Mars’ north polar region. The ice-rich polar cap is 621 miles wide, and the dark bands within it are deep basins. To the right of center is a large valley, Chasma Boreale, roughly bisecting the ice cap. Chasma Boreale is located about the length of the famous Grand Canyon in the United States and reaches a depth of 1.2 miles.

This image taken by the HiRISE camera in November 2013 is dominated by an exciting new impact crater. The crater spans nearly 100 feet and is surrounded by a large rayed blast zone. Because the terrain in which the crater formed is dusty, the new crater appears blue in the image-enhanced color, due to the removal of reddish dust in that area.

This dark hill, called Ireson Hill, is located in the Murray Formation at the bottom of Mount Sharp, near the site where NASA’s Curiosity spacecraft examined the linear sand dunes in February 2017.

Is that biscuit and cream on Mars? No, it’s just polar dunes covered in ice and sand.

The cloud in the center of this image is actually a dust tower that occurred in 2010 and was captured by the Mars Reconnaissance Orbiter. The blue and white clouds are water vapor.

HiRISE captured this image of a kilometer-sized crater in the southern hemisphere of Mars in June 2014. The crater shows frost on all of its south-facing slopes in late winter as Mars approaches spring.

The two largest earthquakes discovered by NASA’s Insight appear to have originated in a region of Mars called Cerberus Fosai. Scientists have previously discovered signs of tectonic activity here, including landslides. This image was taken with the HiRISE camera on NASA’s Mars Reconnaisance Orbiter.

This image is the first image taken from the surface of Mars. It was captured on July 20, 1976 by the Viking 1 lander shortly after it touched down on the planet. 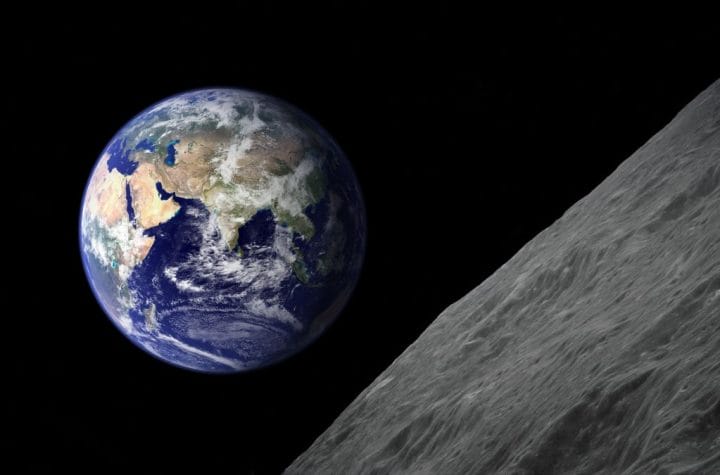 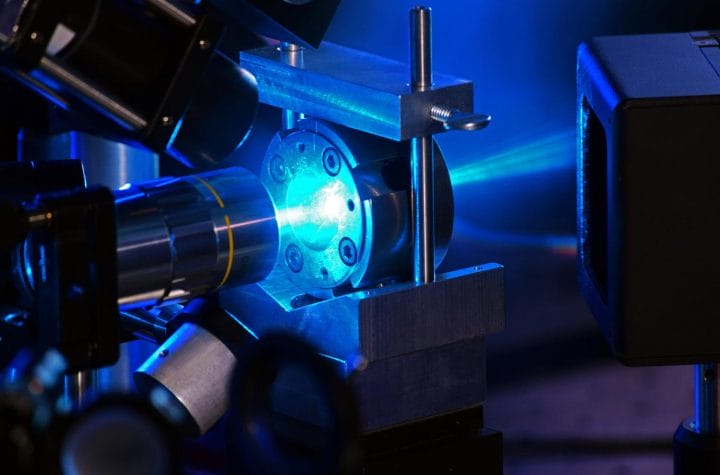