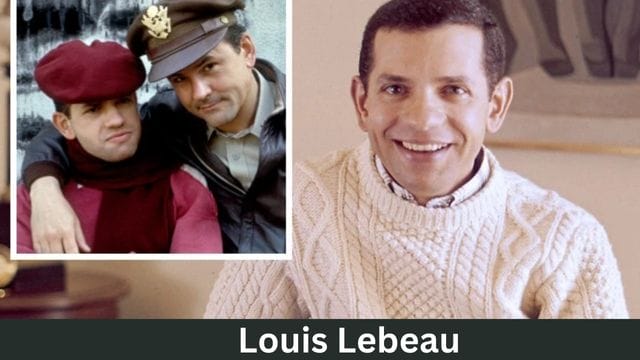 Corporal Louis LeBeau is one of the most prominent secondary characters in the 1960s American sitcom Hogan’s Heroes. Robert Clary played the character.

Louis LeBeau is a native of France. Once, he stated that his father owns a paint shop in Paris. His only other known relative is his big game hunter cousin, Émile. LeBeau learned how to play the piano as part of the French educational system.

He may also learn how to cook from his family, a cooking school, or a combination of both. Before the outbreak of World War II, LeBeau may or may not have dated a woman whom he later married. (In one episode, he has a girlfriend, and in another, he’s married.) 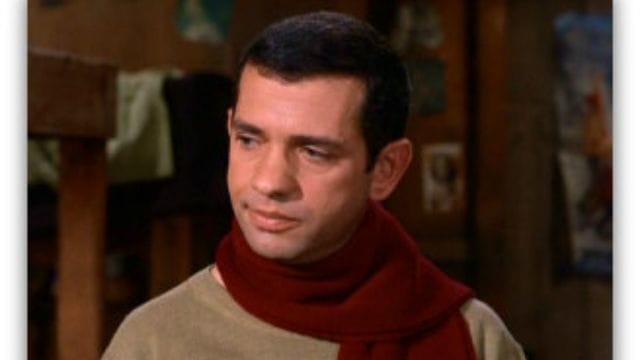 LeBeau was conscripted into the French military at some point, most likely between the Munich Crisis of 1938 and the French declaration of war against Nazi Germany on September 3, 1939, and was assigned to the French Air Force after training.

YESTERDAY, I strolled along the Riva with the languid crowd.
Observing the vast lagoons and islands while daydreaming.
In the distance, glimmering sails can be seen on ships sailing out to sea.

Where the azure haze, like a vision of Indian Summer, haunted the dreamy sky of the soft Venetian December,— While I moved unwillingly in the mellow warmth of the weather, Breathing air that was full of Old-World melancholy and beauty, This story of free, wildlife in Ohio entered my mind, When the land was new, and yet by the Beautiful River Dwelled the pioneers and Indian hunters and boatmen.

Pealed from the campanile and echoing from island to island, Bells of that ancient faith, whose incense and solemn devotions rise from a hundred shrines in the city’s broken heart;

In my reverie, however, I could only hear the passionate voices of people singing in the virgin heart of the forest.

Autumn had arrived, and the trees were golden and scarlet.
And from the brilliant branches of the over-elms and maples
The light that fell upon the faces of the worshippers was tender and lovely.

While the balsamic breath of the hemlocks and pines by the river carried on the winds through the woodland aisles like the breath of a censer, it was softer than the light that streams through saints on church windows.

Robert Clary, who played beret-clad French chef Corporal Louis LeBeau on the CBS sitcom Hogan’s Heroes, has died at the age of 96.

Trick or Treat 2022: Check Everything About This Celebrity Here!

Clary, who was born in France, was sent to a Nazi concentration camp as a teenager during World War II because he was Jewish. He did, however, survive, which he attributed to his ability to entertain the German troops with singing and dancing. Following the war, he recorded music and performed on Broadway before landing the role of LeBeau on CBS’s Hogan’s Heroes, which premiered in 1965.

The sitcom, ironically, was set in a Nazi Germany POW camp during World War II; LeBeau explained that he had no problem with the premise because there was a “world of difference” between the show’s POW camp and the real concentration camp where he was held. Clary’s LeBeau and his fellow POWs, including Bob Crane’s Colonel Hogan and Richard Dawson’s Corporal Newkirk, devised a plan to aid the Allied war effort by outwitting their German captor Colonel Klink with the help of the complicit Sergeant Schultz, who was frequently won over by LeBeau’s cooking.

Clary portrayed LeBeau in all six seasons of the CBS series Hogan’s Heroes, which concluded in 1971. Clary later portrayed Robert LeClair on the daytime soap opera Days of Our Lives, in addition to roles on The Young and the Restless and The Bold and the Beautiful.