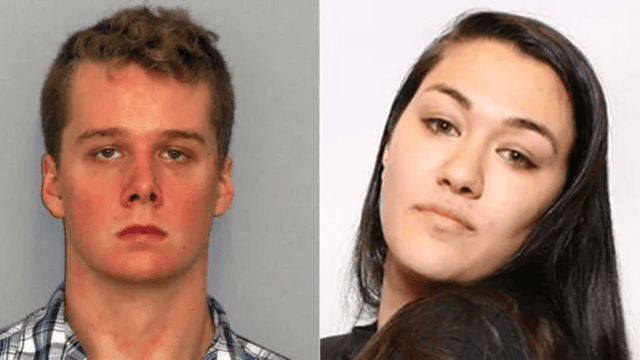 Tuesday, a New Jersey jury found a man guilty of murdering his childhood friend for her inheritance money and then hurling her body off a nearby bridge. He faces life in prison.

After two days of deliberations, 21-year-old Liam McAtasney was found guilty of first-degree murder, robbery, conspiracy, desecration of human remains, and delaying apprehension. On May 24 he will be sentenced.

In late 2016, McAtasney murdered 19-year-old aspiring artist Sarah Stern at her home in Neptune City, New Jersey. After 30 minutes of strangulation, McAtasney placed Stern’s body in the passenger seat of her car and drove it to a Belmar bridge.

McAtasney told a friend in a covert video tape that he parked the car and began dragging Stern’s body toward the bridge’s edge when three cars approached. He stated that he returned the body to the van and waited for the traffic to pass. McAtasney’s roommate, Preston Taylor, drove him home and assisted in throwing Stern off the bridge. To make it appear as though she had committed suicide, they abandoned her automobile.

McAtasney claimed in the video that the murder was the culmination of a six-month plot and that he was dissatisfied with the $10,000 reward he received since he had expected a larger sum from Stern’s inheritance after the death of her mother.

Taylor has pleaded guilty and testified against McAtasney before he turned 21, despite the fact that he was only 19 at the time of the murder.

McAtaney has always insisted that he is innocent, even from the moment he was initially charged, and he chose not to testify during his trial. Late in the previous week, the attorneys for both sides made their closing statements, and on Monday morning, the jury began deliberating.

PEOPLE’s request for comment was sent to McAtasney’s attorney, but he did not immediately respond.