What Was the First Jeep Truck? 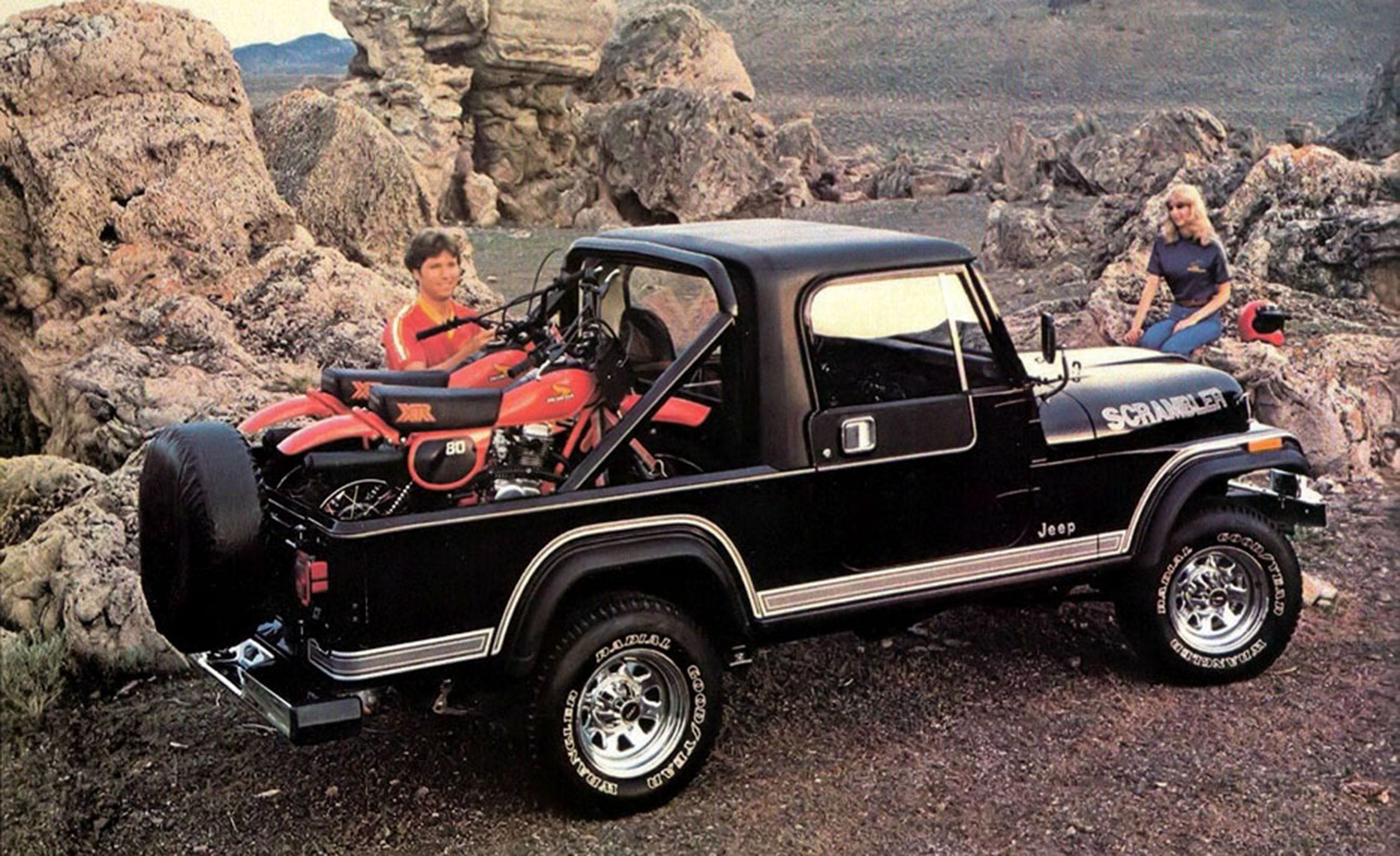 You’re likely familiar with the Jeep Gladiator, the sole convertible pickup truck available in the market today. At its essence, the vehicle that was unveiled in 2020 is a pickup version of the iconic Wrangler, providing afficionados with the best of all worlds. But Jeep’s initial pickup truck was introduced some 75 years ago. Here’s what you should know about the first Jeep truck – and more.

Yes, this was the first Jeep truck. Produced from 1947 to 1965, this 4WD ride, which weighed a ton, could be had as a pickup, platform stake, bare chassis, or chassis cab. In 1949, you could even get a three-quarter ton 2WD iteration.

The earliest models sported what was known as the Go-Devil powerplant, a straight-4 engine that made its name during World War II and propelled almost all “Jeep” rides used by the United States and allies. That engine was ultimately supplanted by a beefier four-cylinder engine.

Kaiser Jeep produced the Jeep FC, short for Forward Control, from 1956 until 1965 and distinguished itself by what’s called “cab over” styling. These trucks – 30,000 were ultimately produced — were billed as work vehicles for personal use or by corporations, city governments, and military members.

While the pickup beds came standard, you could go through suppliers for body configurations such as dump trucks, fire trucks, tow trucks, and even minibuses.

Gladiator. Heard that nameplate before? In case you didn’t know, the manufacturer’s first Gladiator was produced for a long time – 1962 to 1988 — during which there were only small mechanical modifications.

A year after AMC bought Kaiser Jeep in 1970, the Gladiator name was no more. Instead, the truck became part of what was called the J-Series. Chrysler bought AMC in 1987, after which the J-series was on its way out. However, this wouldn’t be the last time you’d hear of the Jeep truck.

Created to run with Toyota and Ford trucks, the Jeepster Commando hit the scene in 1966 and was available as a pickup truck, wagon, roadster, and convertible. When AMC bought Kaiser-Jeep in 1970, the Jeepster name was soon dropped from the truck series. However, the Jeep Commando plugged along for a couple of more years, until 1973. All told, some 77,000 Jeepster Commandos and Commandos were produced.

Then came Jeep’s CJ-8 Scrambler, which was introduced in 1981 and produced through 1986, and was known for its distinct wheels and tape graphics. Rather than a conventional pickup truck with a rear tailgate, the CJ-8 featured a hinge barn door opening in addition to a steel hardtop.

Many of the Scramblers were tweaked for use by the Alaskan Postal Service, and as such, were outfitted with right-hand drive and an auto tranny.

Introduced in 1985, the Comanche was envisioned as a competitor to Japan’s truck offerings. Thus, its starting price of just $7,049. Essentially a pickup truck version of the Jeep Cherokee, the Comanche at length had four different engines, six different transmission configurations, and both a six-foot and seven-foot cargo bed. Through seven years of production, more than 190,000 units were manufactured.

Coming full circle, and following years of rumors, the Gladiator returned in 2020 with a frame that was 18 percent longer than that of the four-door JK. While it is, indeed, a pickup version of the ever-popular Wrangler, the Gladiator sports brawnier axles, which enhances off-road production.

In a nod to Wrangler fans, the three-piece hard top or soft top can be removed, permitting the transformation of the Jeep into a convertible pickup truck.

As for the 2022 model year, the truck is off-road ready from the get-go, can tow better than the Wrangler, and still features removable doors and roof.

So, yes, the first Jeep truck was the Willys-Overland 4X4, which led to production of a handful of other Jeep pickup models, each one distinctive in its own way. Most notably, the pickup’s evolution included a new version of the Gladiator, which is back by popular demand.

I am an experienced editor who specializes in literary fiction, entertainment, celebrity, thrillers, and commercial fiction. I compose thousands of news stories, fiction overviews, and scripts for parkmapper.com.

Enola Holmes 2 Release Date: Will There Be a Netflix?