Tales of the Jedi is a new American animated anthology series created by Dave Filoni and Charles Murray for Disney+.

It is a Star Wars film that explores various Jedi characters from the prequel trilogy era. Lucasfilm Animation created the series.

When and Where are Tales of the Jedi Coming Out?

Even though Disney has been shifting Star Wars release dates, and with the delays of both Star Wars: Andor and Star Wars: The Bad Batch, we can only hope that no further delays occur. 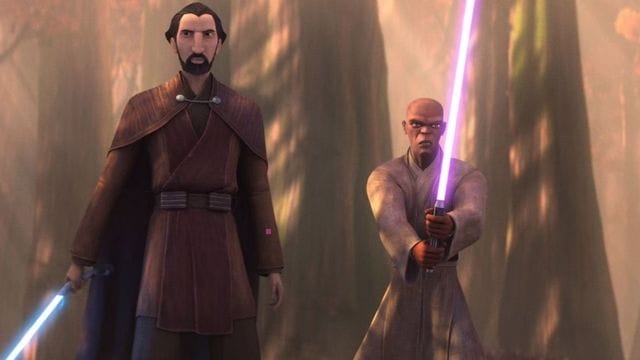 For the time being, Tales of the Jedi will be released on Wednesday, October 26th. There will be six episodes, each with a rumored runtime of 15 minutes.

This will take about an hour and a half. Fortunately, there won’t be much of a wait because all six episodes will be available on the 26th.

What Do We Know About Tales of the Jedi?

Tales of the Jedi has a unique format that spans multiple people and stories. So far, we know that it includes stories from both before and after Star Wars: The Phantom Menace. Each 15-minute episode will be set in a different time period, the majority of which we haven’t seen before.

We know that the majority of Count Dooku-related content takes place while he is still a Jedi and before his fall. We also know that it is during his tenure as Qui-master. Gon This section should explain how he was persuaded to leave the Jedi Order and what pushed him in that direction. There appear to be a few cameos from Legend’s content.

Following that, we see Ahsoka attending Padme’s wedding and meeting a new villain. According to the captions in this scene, the new villain is an inquisitor. In E. K. Johnston’s novel Ahsoka, we see Ahsoka fight an inquisitor and steal the crystals from the lightsaber. This could be the episode’s topic, or it could be a retcon for a new storyline.

We’ve also seen a few interesting faces that mysteriously vanished from the Jedi Council. Everyone adores Grogu and Yoda, but now we’ll see another green face. We see Master Yaddle in the trailer, so we might find out what happened to her and how Grogu wound up at the Jedi Temple.

Who is in the Cast of Tales of the Jedi?

The cast of Tales of the Jedi is still shrouded in mystery, but the cast we do know is stellar. Ashley Eckstein, who played Ahsoka Tano in Star Wars: The Clone Wars and Star Wars: Rebels, is back.

Even though Rosario Dawson will play Ahsoka in Star Wars: Ahsoka, she has become an absolute pillar of the new era of Star Wars. Janina Gavankar, who played Iden Versio in Star Wars: Battlefront II and Shiva in The League, will play Pav-ti, Ahsoka’s mother. 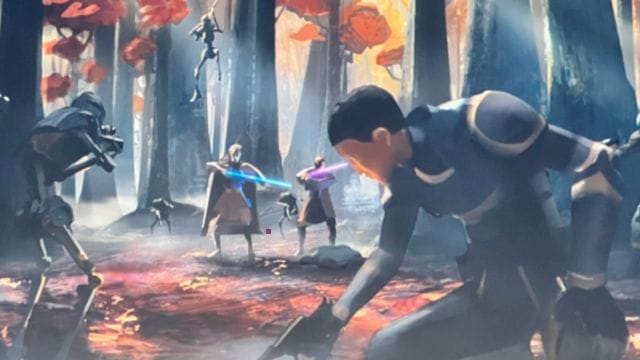 Liam Neeson, who recently appeared in Obi-Wan Kenobi in a cameo role, will reprise his role as Qui-Jon Jinn. This will be the first appearance of Qui Jon as an apprentice to Count Dooku prior to his transformation into Darth Tyrannus. We will also see Mace Windu working alongside Count Dooku, and Terrence ‘T.C.’ Carson will presumably reprise his role as Mace Windu’s voice actor.

Dave Filoni, executive director of all Star Wars animated series and writer, producer, and director on the live-action shows The Mandalorian, The Book of Boba Fett, and the upcoming Ahsoka and Star Wars: Skeleton Crew rounds out the cast.

What is the Future of Tales of the Jedi?

Opportunities for more stories like Tales of the Jedi abound in the Star Wars universe, but no new anthropology series has been announced as of yet.

With so many larger Star Wars projects in the works, these short anthologies could fill in the gaps. 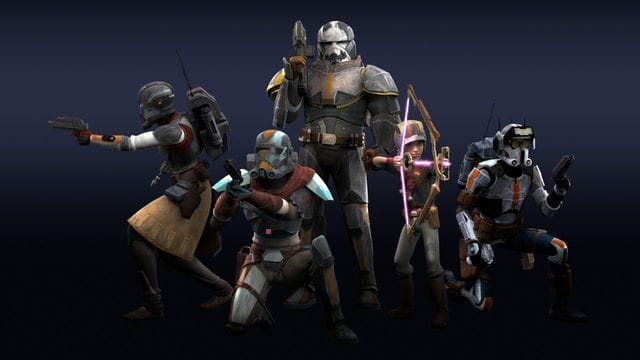 So, while the masses wait for their next dose of Grogu, these beautifully crafted stories could fill the void.

Tales of the Jedi represents an opportunity for the audience to see never-before-seen stories that were previously restricted to comic books and books that many people may never read.

READ MORE:-Reservation Dogs Season 3: 2022 | Everything You Need to Know!

Hopefully, this new series will not only provide us with an interesting new story but will also pave the way for more stories like these to be seen by a larger audience.

Watch the Tales of the Jedi Trailer

The trailer is one minute and forty-four seconds long and features scenes from most of the stories from various time periods. It also introduces a new Inquisitor, who appears to be one of the series’ major antagonists.

How Long Will Tales of the Jedi Be?

For the Time Being, Tales of the Jedi Will Be Released on Wednesday, October 26th. There Will Be Six Episodes, Each With a Rumoured Runtime of 15 Minutes. This Will Take About an Hour and a Half.

How Many Episodes Are There in Tales of the Jedi?

There Will Be Six Episodes, Each Lasting 15 Minutes. This Will Take an Hour and a Half.

Are Tales of the Jedi Canon?

David Beckham Net Worth: Check Everything About This Celebrity Here!